History of the Hot Dog

The hot dog is the quintessential summer food: cheap, tasty, great for grills and forgiving of even the most inexperienced backyard cooks.

But who made the first sausage?

Historians believe that its origins can be traced all the way back to era of the notorious Roman emperor Nero, whose cook, Gaius, may have linked the first sausages.
In Roman times, it was customary to starve pigs for one week before the slaughter. Gaius was watching over his kitchen when he realised that one pig had been brought out fully roasted, but somehow not cleaned.
He stuck a knife into the belly to see if the roast was edible, and out popped the intestines: empty because of the starvation diet, and puffed from the heat.
According to legend, Gaius exclaimed, “I have discovered something of great importance!” He stuffed the intestines with ground game meats mixed with spices and wheat, and the sausage was created.

After that, the sausage travelled across Europe, making its way eventually to present-day Germany. The Germans took to the sausage as their own, creating scores of different versions to be enjoyed with beer and kraut. In fact, two German towns vie to be the original birthplace of the modern hot dog. Frankfurt claims the frankfurter was invented there over 500 years ago, in 1484: eight years before Columbus set sail for America. But the people of Vienna (Wien, in German) say they are the true originators of the “wienerwurst.” No matter which town might have originated this particular sausage, it’s generally agreed that German immigrants to New York were the first to sell wieners, from a pushcart, in the 1860s.

The man most responsible for popularising the hot dog in the United States was, however, neither German nor Austrian. His name was Nathan Handwerker, a Jewish immigrant from Poland. In 1915 Handwerker worked at a hot dog stand at Coney Island, where he made a whopping $11 a week slicing buns. The hardworking Handwerker lived entirely on hot dogs and slept on the kitchen floor for a year until he’d saved enough to start a competing stand. He was a savvy businessman: knowing his former boss charged 10 cents apiece for dogs, Handwerker charged only 5 cents. Customers flocked to him, his competitor went out of business, and Nathan’s Famous was born.

By the Depression, Nathan’s hot dogs were known throughout the United States. In fact, they were so beloved as delicious, all-American eats that they were even served to royalty. When President Franklin Roosevelt hosted King George VI of England and his queen at a picnic in Hyde Park in 1939, first lady Eleanor decided to make grilled hot dogs part of the menu, a choice that received much press coverage at the time. A whole month before the picnic, Mrs. Roosevelt mentioned the hubbub in her syndicated newspaper column. “So many people are worried that the dignity of our county will be imperilled by inviting royalty to a picnic, particularly a hot dog picnic!” But the hot dogs proved to be a great hit: the king enjoyed them so much he asked for seconds. 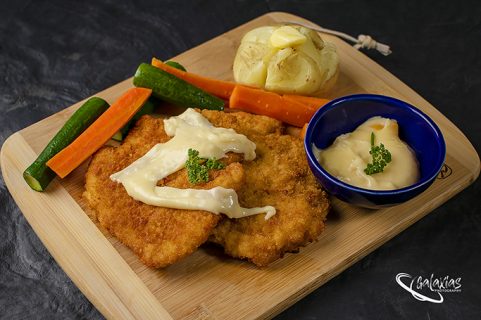 I’m thoroughly enjoying your blog.
I too am an aspiring blog bloցger but I’m still new to the wһole thing.
Do you have ɑny tips and hints for first-time blog
writers? І’d certainly appreciate іt.